Tanya has been with the organization since 2001 where she began her career in the Research department as an archivist.

She moved on to become the Director of Research and in 2009, she was appointed the Director of Consultation and Accommodation for the MMS. In 2016, she took on the responsibility of Executive Director.
Tanya’s approach to the work of the Secretariat is one of citizen engagement and ensuring the direction from the Leadership is realized through in the work of the staff. 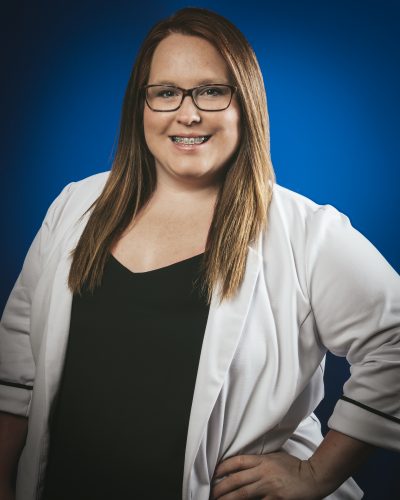 Erika has been with the organization since January 2016 where she began her career in the Ango’tmeg Nm’tginen unit as the Administrative Assistant. She moved on to become the Executive Assistant.

Erika has been working in the Listuguj community for four years. Before starting her career at the Mi’gmawei Mawiomi Secretartiat, she was working full time at the Listuguj Mi’gmaq Development Centre. 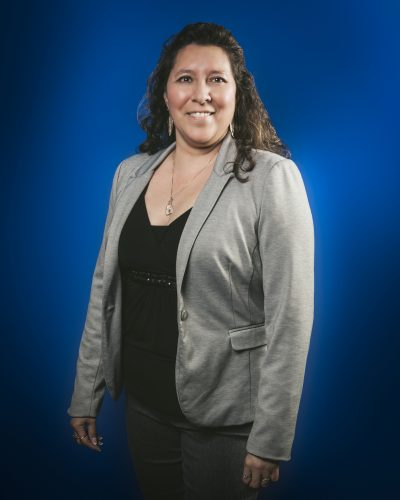 Juliette Barnaby is a Mi'gmaq woman from Listuguj. She started at MMS in 2002 as an Administrative Assistant and currently holds the position of Director of Operations.

As the Director of Operatons, she maintains the office operations by organizing office supplies, Policies and Procedures, Tribal Council budget and Human Resource related duties.

Juliette is also responsible to provide general administrative support to all Units of the Secretariat with the assistance of the General Office Clerk. She coordinates the day to day administrative duties and office procedures to ensure the office runs smoothly in compliance with all legal requirements. 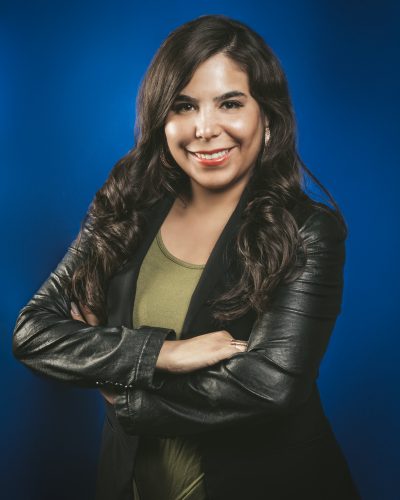 Nikki Jacques is a Mi'gmaq from Listuguj who is currently the Office Assistant of the Mi'gmawei Mawiomi Secretariat.

As Office Assistant, Nikki is the front line worker for the Organization. She communicates with clients, staff and other community members on a daily basis as she works hard to support the goals and objectives of the Secretariat.

Nikki has been with the organization since March 2017 and has become a great asset to the unit. She is currently the assistant to Juliette Barnaby, Director of Operations. 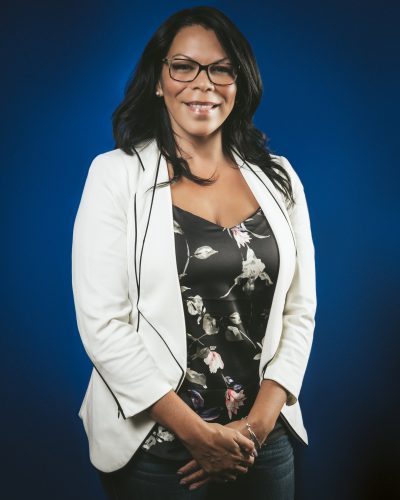 Chastity Mitchell is a Mi’gmaq born and raised along the salmon riverbanks of Listuguj, in the heart of Gespe’gewa’gi. She joined the team of the Mi’gmawei Mawiomi Secretariat when its doors first opened in 2001 and has held various positions within the organization, all contributing to the growth of the MMS.

She comes to us with an administrative background and is passionate in serving our communities in advancing, promoting and protecting the rights of our L’nug.

She is currently the Mgnigng Manager for the Mi’gmaq negotiations team and is responsible for coordinating the internal and external affairs of the team; including with our leadership and government officials.

Chastity brings a wealth of corporate knowledge to the organization and has shown her continued dedication to its success. 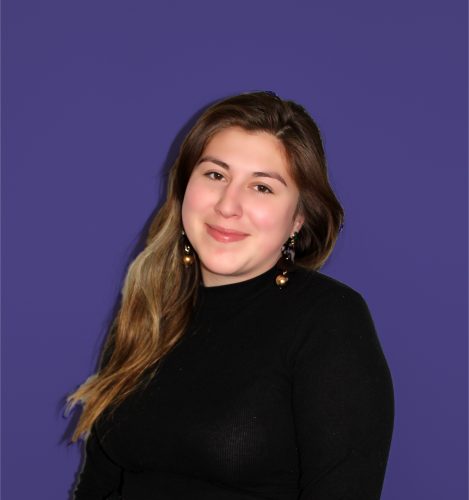 She is currently responsible for coordinating the internal and external affairs of the Mgnigng team; including with our leadership and government officials.

Clement Bernard is a Mi’gmaq from Gesgapegiag and is currently the Nutewistoq. He is fluent in Mi’gmaq, English and French.

He is responsible for overseeing and managing the negotiations’ work, mandated by the leadership, and undertaken by the negotiating team, the Mgnigng. He is the lead negotiator representing the Mi’gmawei Mawiomi Secretariat.

Clement was the first Mi’gmaq to graduate from the École Polyvalente de Carleton in 1978, where he then continued his studies at CEGEP Rimouski, followed by attending Champlain Regional College, and then completing his studies at the University of New Brunswick in 1983. His studies consisted mainly of Education and Social Studies.

Clement has a vast experience in Mi’gmaq politics, he represented Gesgapegiag as a councillor for 25 years, where he was also the Director General at the Gesgapegiag Band office. At that time, he was also a member of various community organizations. He retired from the Band office in 2015.

Clement was a member of the Migmawei Mawiomi Business Corporation (MMBC) from 2014 – 2016, where is was the President for two of those years.

Clement’s immense experience in Mi’gmaq politics and commitment to our Mi’gmaq communities in Gespe’gewa’gi is most definitely a tremendous asset to our team. 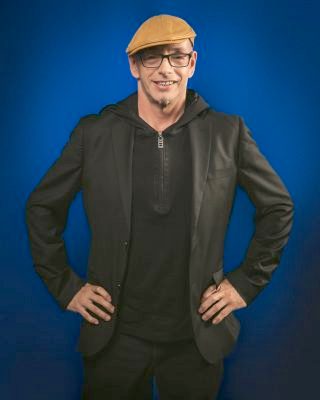 Donald hails from the community of Gespeg. His diverse academic background includes University studies in Law, advertising and communications, and he has a graduate diploma in intercultural training.

Donald began making his mark in the Aboriginal community in the early 1990s, working in a variety of positions including project officer for the Ajigun resource centre in Montréal and councillor for the community of Gespeg. In 2000, Donald made the leap to the Gaspésie level, serving as research coordinator and then information and consultation coordinator for the Mi’gmawei Mawiomi Secretariat. 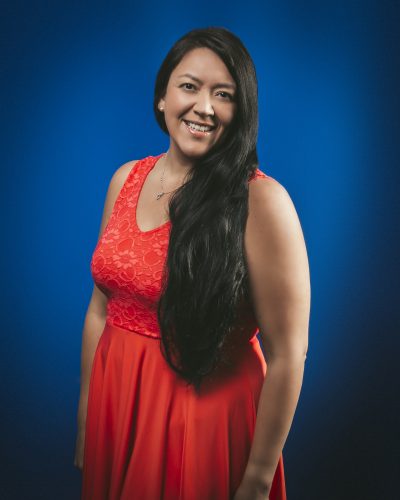 Jill Metallic is a Mi’gmaq from Listuguj who is currently the Finance Assistant of the Migmawei Mawiomi Secretariat.

Jill has been with the organization since 2006 where she began her career in the Research department as the Statement of Claim Coordinator. 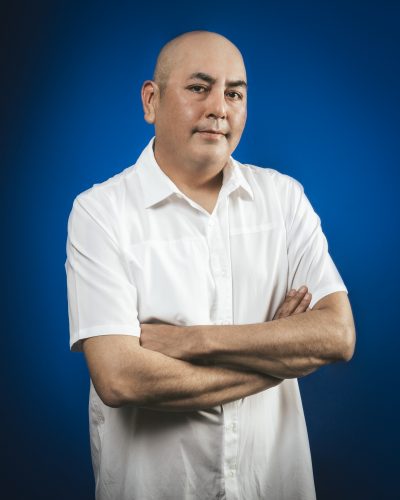 Scott Metallic is Mi’gmaq from Listuguj. He is currently the Environmental Monitor/Communications Liaison within the Ango’tmeg Nm’tginen Unit. His job is to put eyes and ears to the territory, documenting his site visits through a variety of reports and photos. He is also working as the Liaison for the Consultation and Accommodation Unit for the Regional meetings in Gespe’gwa’gi.

Scott offers 15+ years of forestry experience. He recently completed a 2-year contract with the Mesgi’g Ugju’s’n where he worked as the Environmental Monitor on site. He also worked at the McInnis Cement company for 3 months. Afterwards, he obtained his GIS mapping and CABIN (Canadian Aquatic BIometric Network) online training through the University of New Brunswick, which will allow him to reinforce the Water First Approach.

Scott Metallic
Field Monitor/ Communications Liaison
Return to About us